Reigning Moto2 world champion Remy Gardner admits he “expected worse” from the KTM MotoGP bike he rode last week at the post-season Jerez test ahead of his 2022 rookie campaign.

Gardner will race for the Tech3 squad next season on a factory-backed KTM having beaten teammate Raul Fernandez to this year’s Moto2 crown – with the pair recently exchanging barbs in the press over their title tussle.

The Australian – son of 1987 500cc world champion Wayne Gardner – ended the two-day Jerez test 1.8s off the pace down in 22nd on the combined timesheets.

The RC16 won twice in 2021, but all KTM riders endured a largely difficult season.

The KTM is also an unconventional motorcycle on the MotoGP grid, being the only bike built around a steel trellis chassis and equipped with WP suspension.

Asked by Motorsport.com how he found moving to the steel frame, having ridden a conventional aluminium chassis this season in Moto2, Gardner said: “Yeah, actually not too bad.

“Obviously, we’re off to a bit of a slow start, but all the rookies are on the GP bike.

“But honestly that’s more just due to we don’t know what the power’s like and controls and ride height, blah, blah, blah.

“So, it’s not that bad, honestly. I felt pretty comfortable on it even though I was quite stiff and not riding too crazy.

“I think the bike was doing what I needed to. Obviously, it’s going to get a lot harder once you start getting to those faster lap times, but the bike’s not bad.

“It probably needs improvement, but I expected worse if I’m being honest with you, so I’m quite happy with the bike.” 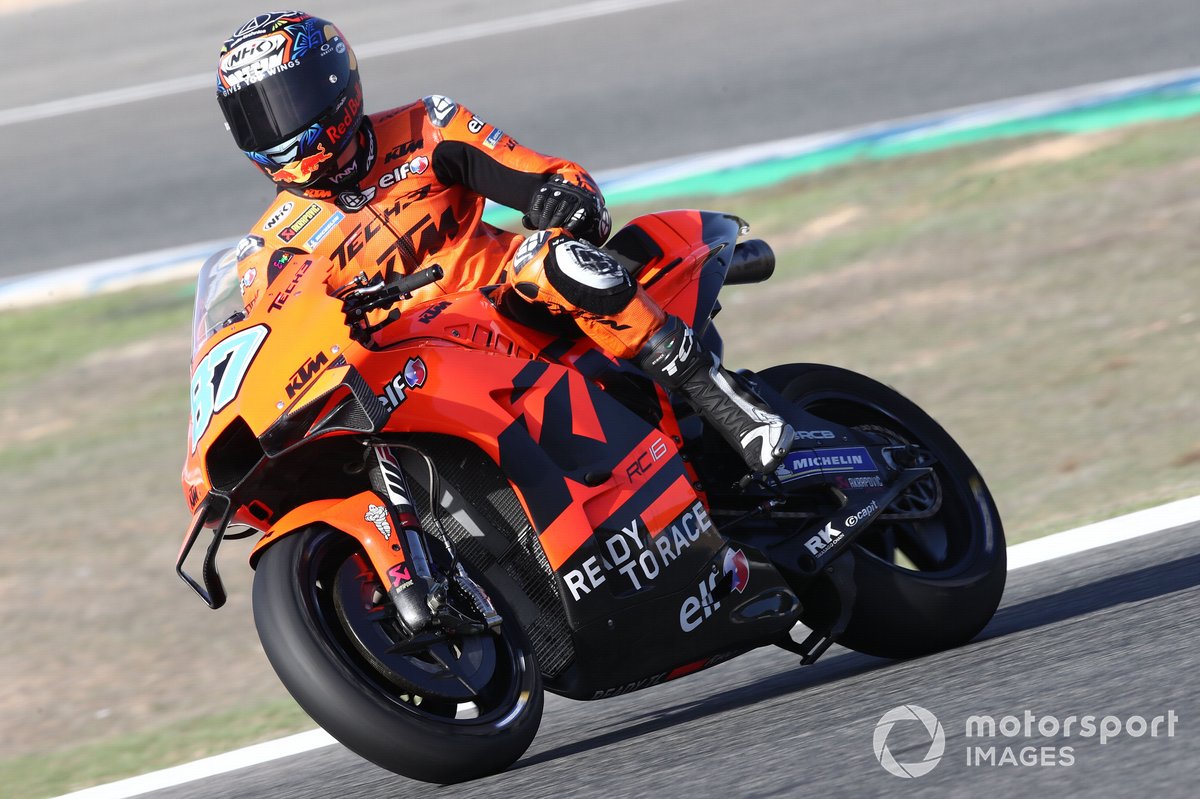 Gardner is known to favour bigger bikes, which is why he has found riding the KTM already comfortable despite nursing a rib injury.

However, he noted at the test he was feeling too much electronic interference on the bike and was struggling to slide the rear as he would like.

“I come from dirt track as a kid, so I was always used to sliding around and the bike being sideways and turning with the rear,” he added.

“Casey [Stoner] and my dad and all those guys came from the dirt track we used to do in Australia, so definitely that helps me, especially on the big bikes.

“On the Moto2 bike, with the Triumph it was a little bit more big bike style, but it was kind of a mix between Moto2 and Moto3 when we had the CBR engine [before 2019].Read Also:

“But the Triumph was a bit more big bike style and the MotoGP is the ultimate. So, it’s feeling good.

“So, that’s really what we’ve been working on the last few days so I can get a little bit more slide on the bike on initial throttle.”