The Consumer Price Index (CPI), which is an indicator of inflation, rose 9.1% between June 2021 and June 2022, reported the Bureau of Labor Statistics (BLS) today. That increase is “the largest 12-month increase since the period ending November 1981,” said the Bureau.

The CPI specifically tracks the prices for goods and services paid by urban consumers over time — urban consumers and urban wage earners represent about 93% of the U.S. population.

As the BLS charts show, the CPI for all items — food, energy, gasoline, cars, shelter, and medical care services — rose 9.1% from June to June. In May, the CPI hike was 8.6%.

Back in January 2021, when President Donald Trump left office, the CPI was 1.4%. It has risen every month — except in August 2021 — that President Joe Biden has been in office. 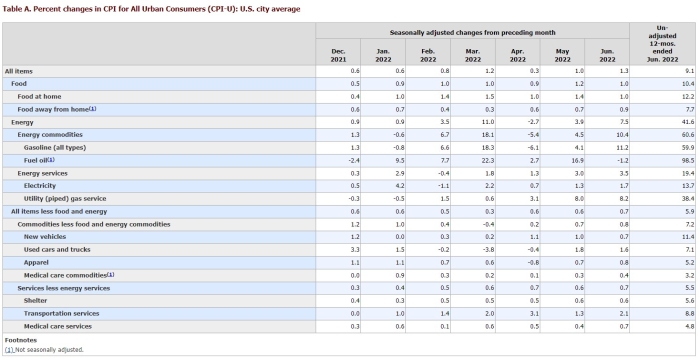 The national average price for one gallon of regular gasoline is $4.63. A gallon of diesel is $5.61.

When President Trump left office, the average price of one gallon of gasoline (all formulations) was $2.37.

According to White House Press Secretary Karine Jean-Pierre, the first black female lesbian to hold the position, the White House has “a plan” to fight inflation. 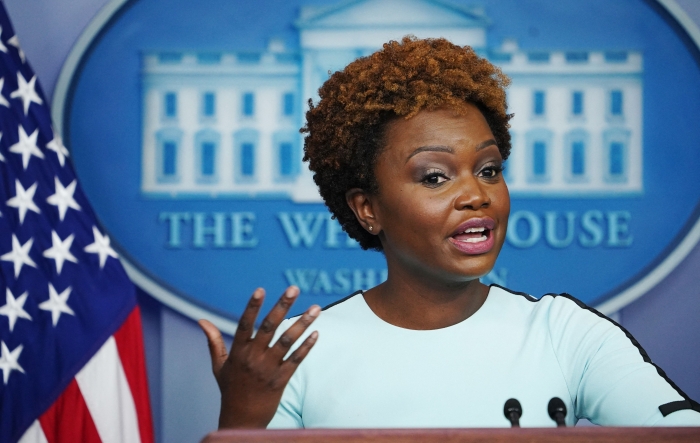 In response to Jean-Pierre’s claim, the group FreedomWorks tweeted, “In other news, the Earth is flat.”

Sen. Ted Cruz (R-Texas) said of Jean-Pierre’s claim, “Every American — except those working in the Biden White House apparently — knows that this is not true.”