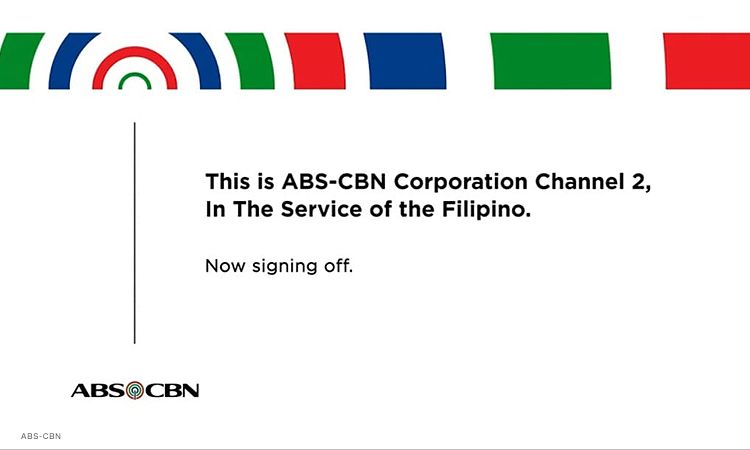 For only the second time in its history, ABS-CBN has gone off the air.

The National Telecommunications Commission ordered the giant broadcast network on Tuesday to stop operations due to the expiry of its legislative franchise.

The first time it was forced off the air was in September 1972 when the then president Ferdinand Marcos placed the country under martial law.

The network signed off at 7:52 p.m. on Tuesday, after airing the national anthem, naming its engineers and its TV stations.

The NTC on Tuesday ordered ABS-CBN to cease broadcasting operations due to the expiry of its legislative franchise, walking back from its promise to legislators last March to issue a provisional permit pending its renewal.

The commission also asked ABS-CBN to explain within ten days why the frequencies assigned to it should not now be recalled.