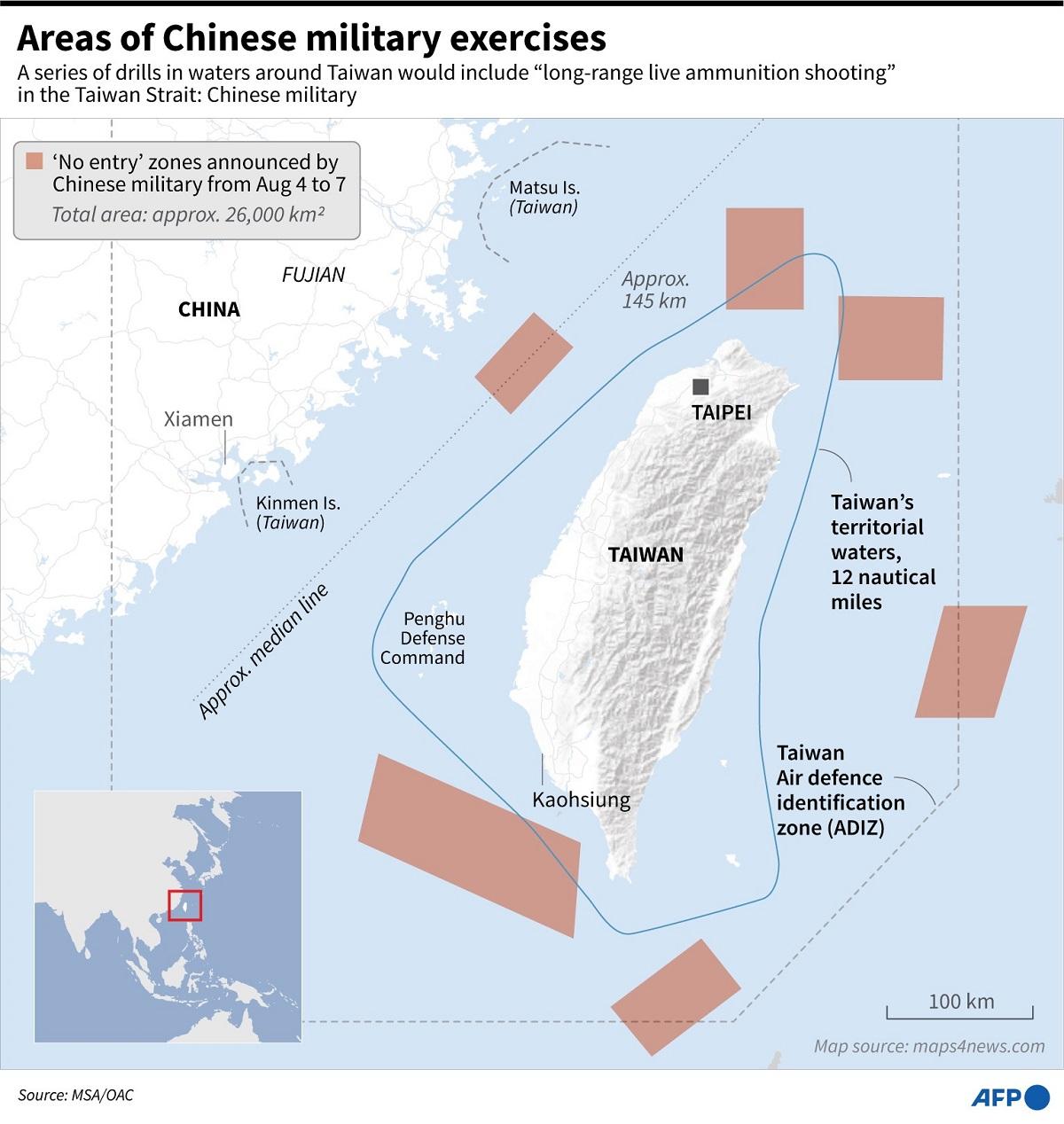 A furious Beijing is planning its biggest-ever exercises around Taiwan in response to US House Speaker Nancy Pelosi’s visit to the self-ruled island.

Beijing, which considers Taiwan a part of its territory to one day be reclaimed, by force if necessary, was enraged by the trip by Pelosi — the highest-profile elected US official to visit the island in 25 years.

It vowed “punishment” and announced military drills, including live-fire exercises, expected to begin at 0400 GMT in several areas encircling Taiwan.

“There is no justification to use a visit as pretext for aggressive military activity in the Taiwan Strait. It is normal and routine for legislators from our countries to travel internationally,” he tweeted.

“We hope de-escalation happens… and normalcy returns to the Taiwan Strait,” he told reporters.

ASEAN is split between countries with close ties to China, such as Myanmar, Cambodia and Laos, and others that are warier of Beijing and its growing international assertiveness.

But no ASEAN country formally recognizes Taiwan and none have shown an appetite for backing Taipei against the communist giant. — Agence France-PresseTags: news, ASEAN, Taiwan, Nancy Pelosi, China-Taiwan relations