Crutchlow “should have been faster” in home MotoGP qualifying

Yamaha stand-in Cal Crutchlow says he is “disappointed” to have only qualified 19th for the MotoGP British Grand Prix and “should have been faster”, despite being a replacement rider. 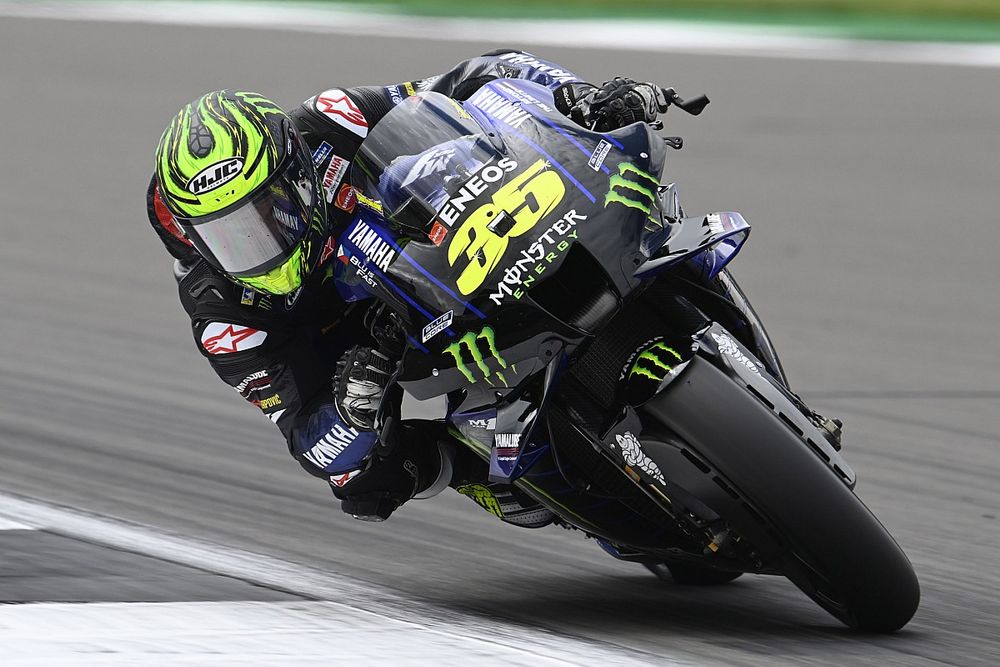 Three-time MotoGP race-winner Crutchlow is making an unexpected Silverstone outing in 2021 as a temporary replacement for the exiled Maverick Vinales at the factory Yamaha squad, having originally meant to be filling in for the injured Franco Morbidelli at Petronas SRT.

The British rider – who retired at the end of 2020 and spent the Austria double-header riding the 2019 M1 – came into qualifying 13th at the end of practice, but could do no better than 19th in Q1.

Crutchlow says his issues stemmed from instability problems with his Yamaha, but still feels he could have been much closer to a Q2 spot given his experience at the track.

“Not good, qualifying was just a disaster,” Crutchlow said of what will likely be his final British GP qualifying session.

“The bike’s just so unstable for me at the moment, shaking like mad and I can’t stop the bike shaking even in the straights.

“In the front straight it’s quite normal, because you’re coming out of a corner. But the back two straights, it shouldn’t be shaking the way it is, so we need to really look into that.

“But the problem is when it shakes I have no brakes, because it shakes the brake pads back.”

He added that his best lap was aborted due to a yellow flag, which scuppered a potential run at Q2 – although Crutchlow admitted that his prospects of reaching the final session were slim.

“But I’m riding ok, FP3 was good, FP4 was ok, but we need to understand some things. Sure, some of it’s me riding but some of its setting on the bike.

“We know the bike’s working well for Fabio [Quartararo], it’s a great bike and a great team. But I was disappointed to be on the back row of the grid, there’s no doubt about that.

“There’s no expectation on me, but the expectation of myself is I know how to ride around here and I should have been faster than what I was.

“But in qualifying I went into Turns 2 and Turn 3 with absolutely zero brake, I had no brake at all and I just had to tip in. So, I just blew the whole lap because of the shaking of the bike.”