Russian esports organisation Team Spirit announced on Friday (25 March) that they will be relocating their teams and employees from their headquarters in Moscow, Russia to Belgrade, Serbia as Russia’s invasion of Ukraine continues to put Eastern Europe in a state of crisis.

Team Spirit said in a statement that “practical and ethical” reasons drove their decision to cease plans to expand its infrastructure in Moscow and instead relocate to Belgrade.

“Everything is changing, and one of these changes is the current situation between Russia and Ukraine, where many of our players and employees come from. Given the circumstances, both practical and ethical, the decision to relocate seems like the only right one,” said Team Spirit.

“Esports has never known borders and it has never been tied to a dot on the map. We at Team Spirit have been building a close relationship with the community around the world for many years, and we believe that it will only get stronger. No matter where you live and what language you speak.”https://platform.twitter.com/embed/Tweet.html?creatorScreenName=YahooEsportsSEA&dnt=true&embedId=twitter-widget-0&features=eyJ0ZndfZXhwZXJpbWVudHNfY29va2llX2V4cGlyYXRpb24iOnsiYnVja2V0IjoxMjA5NjAwLCJ2ZXJzaW9uIjpudWxsfSwidGZ3X2hvcml6b25fdHdlZXRfZW1iZWRfOTU1NSI6eyJidWNrZXQiOiJodGUiLCJ2ZXJzaW9uIjpudWxsfSwidGZ3X3NrZWxldG9uX2xvYWRpbmdfMTMzOTgiOnsiYnVja2V0IjoiY3RhIiwidmVyc2lvbiI6bnVsbH0sInRmd19zcGFjZV9jYXJkIjp7ImJ1Y2tldCI6Im9mZiIsInZlcnNpb24iOm51bGx9fQ%3D%3D&frame=false&hideCard=false&hideThread=false&id=1507024445596225537&lang=en&origin=https%3A%2F%2Fph.news.yahoo.com%2Fdota-2-team-spirit-relocate-russia-serbia-ukraine-015432458.html&sessionId=149c4183ad1853020e8b98bd6781f63de7b832d2&siteScreenName=yahooph&theme=light&widgetsVersion=2582c61%3A1645036219416&width=550px

In an interview with escorenews.com, Team Spirit CEO Nikita Chukalin said that the organisation’s move to Serbia does not mean it will be fully leaving Russia behind.

“At the moment, we can only say for sure that we will open an office in Belgrade and organize a bootcamp space. This does not mean that we are leaving Russia and ‘slamming the door’, but for the well-being of our players and staff, this decision is an absolute must,” said Chukalin.

Team Spirit’s CEO also said that the organisation will continue to associate itself with the entire Russian-speaking esports community, a stance he added “will never change.” 0:08 3:57  Ukraine war: The unlikely beacon of light for desperate families fleeing the devastated city of Mariupol called Zaporizhzhia means a
lot to the people of Mariupol. 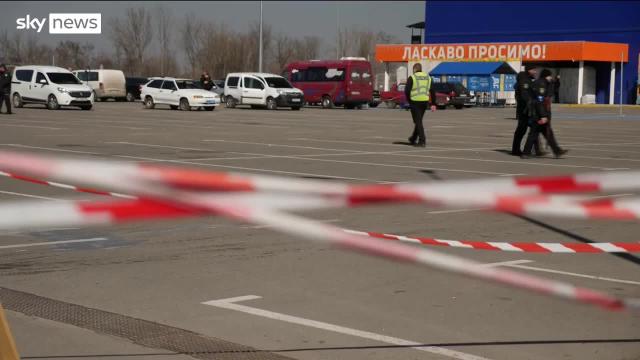 “There are no national leagues in esports, there is no culture of national teams. Esports is an Internet space, and we assemble the strongest lineups without regard to the nationality of the player and without the goal of assembling a team under a certain flag. We associate ourselves with the entire Russian-speaking esports community and this will never change,” said Chukalin.

“We cherish our true fans and people who experienced our ups and downs with us. We will continue to communicate with the audience and produce content in Russian.”

Team Spirit were among the first Russian esports organisations to speak out against the invasion of Ukraine, which started on 24 February under orders from Russian president Vladimir Putin.

“There is nothing worse than war. There is nothing more precious than human lives. Team Spirit is an international esports organisation, represented historically by players from Russia, Ukraine, and many other countries,” Team Spirit said in a statement on the day of the invasion.

“We are against war and we are against violence. If thousands of years human history taught us anything, it’s that peace is the only thing worth holding onto.”

The organisation is known most for their Dota 2 roster, notably comprised of Russian and Ukrainian players, who are the game’s reigning world champions after their victory in The International 10 last October.

Chukalin said that Team Spirit’s Dota 2 and CS:GO rosters as well as about 60% of its staff from Russia, Ukraine, and Belarus are already in Serbia.

The crisis in Eastern Europe caused by Russia’s invasion of Ukraine has halted the region’s esports competitions, including Eastern European leg of the Dota Pro Circuit (DPC) and the League of Legends Continental Series, among others.

After the suspension of the DPC in Eastern Europe for the foreseeable future, Dota 2 developer Valve Software said that they “don’t believe it is possible” for esports competitions in the region to continue given the circumstances.