Yamaha’s Toprak Razgatlioglu took victory in the final race of World Superbike’s first visit to Navarra to tie Jonathan Rea at the head of the championship. 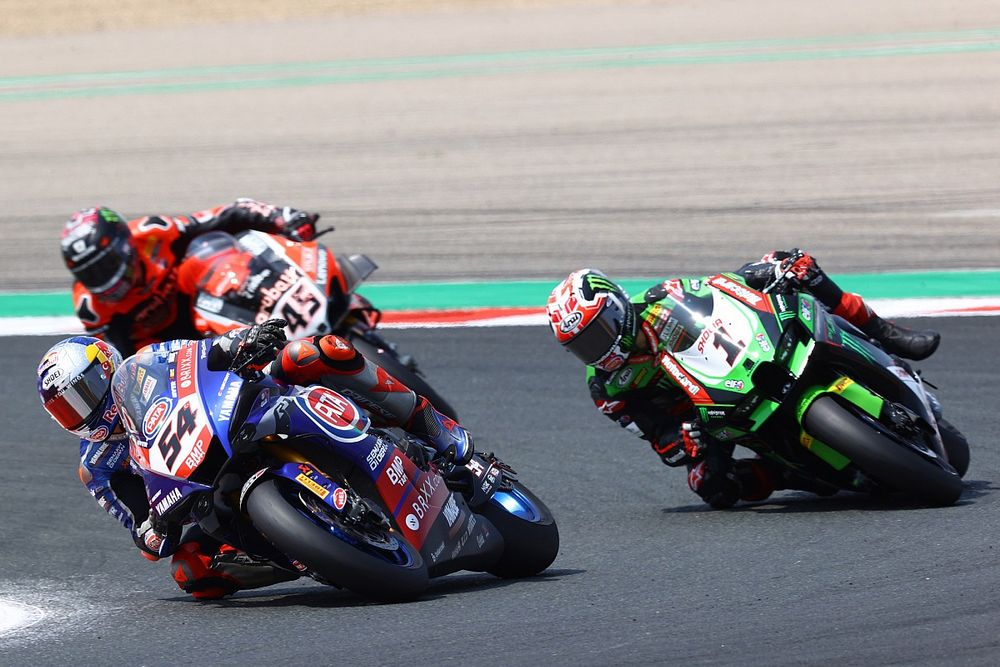 Aided by a front-row start, Razgatlioglu seized the lead on the opening lap of the 23-lap contest on Sunday afternoon and didn’t look back, going on to secure a sixth win of the 2021 campaign.

With Kawasaki rider Rea only managing third behind Ducati’s Scott Redding, it means Razgatlioglu and Rea are now tied at the top of the riders’ table with six rounds left in the season.

After a delayed start, caused by Kohta Nozane (GRT Yamaha) and then Lucas Mahias (Puccetti Kawasaki) stalling on the grid, it was Redding that got the initial jump from pole position ahead of the Yamahas of Andrea Locatelli and Razgatlioglu, while Rea dropped to fifth from second.

Locatelli made a brief cameo in the lead as he muscled his way by Redding, only to then run wide, but several corners later there was a Yamaha back in front as Razgatlioglu passed Redding.

Rea was soon on the move, recovering to third by the end of the opening lap and then likewise clearing Redding to move up to second.

The six-time champion then started pressuring his title rival Razgatlioglu, but couldn’t make a pass, and as the race approached the halfway point Rea started to fall back towards Redding.

After a couple of lurid saves while chasing Razgatlioglu, Rea had to turn his attention towards defending from Redding, but another mistake with four laps to go gave Redding the chance he needed to take second.

By this stage Razgatlioglu was home and dry for the win, crossing the line 1.1 seconds clear of Redding, who closed to within 38 points of Rea and remains very much in title contention.

After his early error, Locatelli recovered to finish fourth for a fifth race in a row, while Tom Sykes was fifth for his best result in a full-distance race on the BMW since last month’s Donington Park round.

Chaz Davies lost the front of his Go Eleven Ducati on the opening lap at Turn 9, wiping out the GRT Yamaha of Garrett Gerloff in the process, while Leon Haslam was another crasher on the other works Honda.