Kawasaki’s Jonathan Rea extended his run of consecutive World Superbike pole positions to seven after edging out Scott Redding for the top spot in qualifying at Navarra. 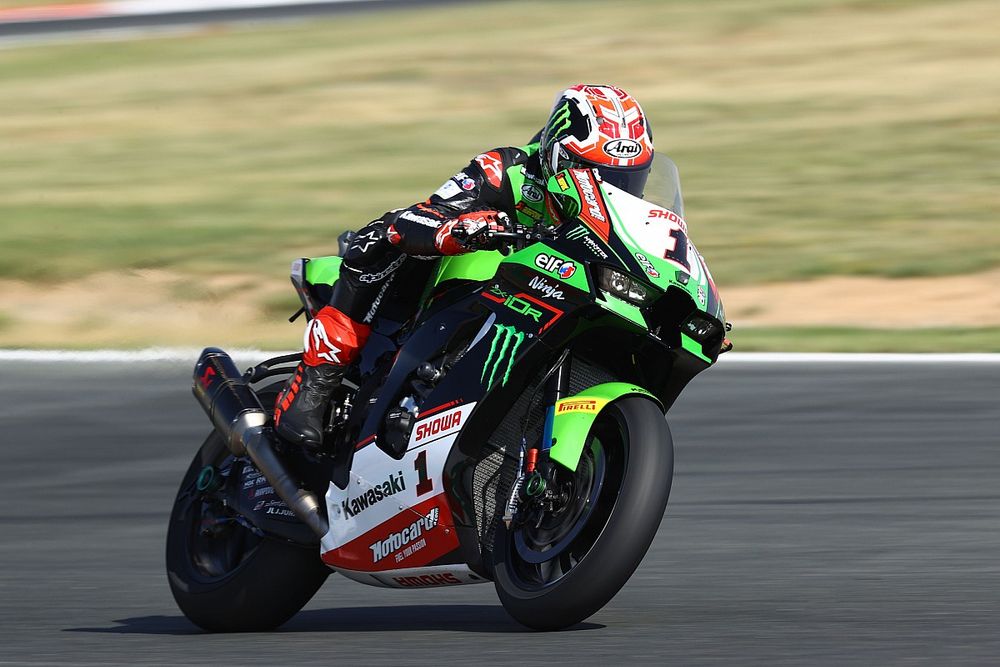 Friday pacesetter Rea was the man to beat after the opening runs at the Spanish track, another new-for-2021 venue, on a 1m36.794s, comfortably the fastest lap of the weekend so far.

The six-time world champion was only ousted with two minutes left of the 15-minute session, as Chaz Davies, Andrea Locatelli and Tom Sykes all enjoyed brief spells at the head of the times.

With 30 seconds on the clock, Ducati rider Redding posted a 1m36.215s to go three tenths clear of Sykes, but Rea responded by posting a 1m36.122s at the chequered flag to beat Redding by 0.093s.

Sykes ended up with the final spot on the front row aboard his BMW, followed by top Yamaha rider Locatelli, who topped Saturday morning practice, and the Go Eleven Ducati of Chaz Davies.

Lucas Mahias was a strong sixth on the Puccetti Kawasaki on his return from injury ahead of the second works machine of Alex Lowes.

The disappointment of the session however was Toprak Razgatlioglu, who arrived at Navarra just three points shy of Rea in the riders’ standings but could only manage a time 0.630s off the pace in eighth place.

Completing the top 10 were the GRT Yamaha of Garrett Gerloff and Michael van der Mark on the second BMW.

Alvaro Bautista was the best of the Honda riders in 12th, while Leon Haslam was 17th-fastest – one place behind the satellite MIE Racing bike of the returning Leandro Mercado.