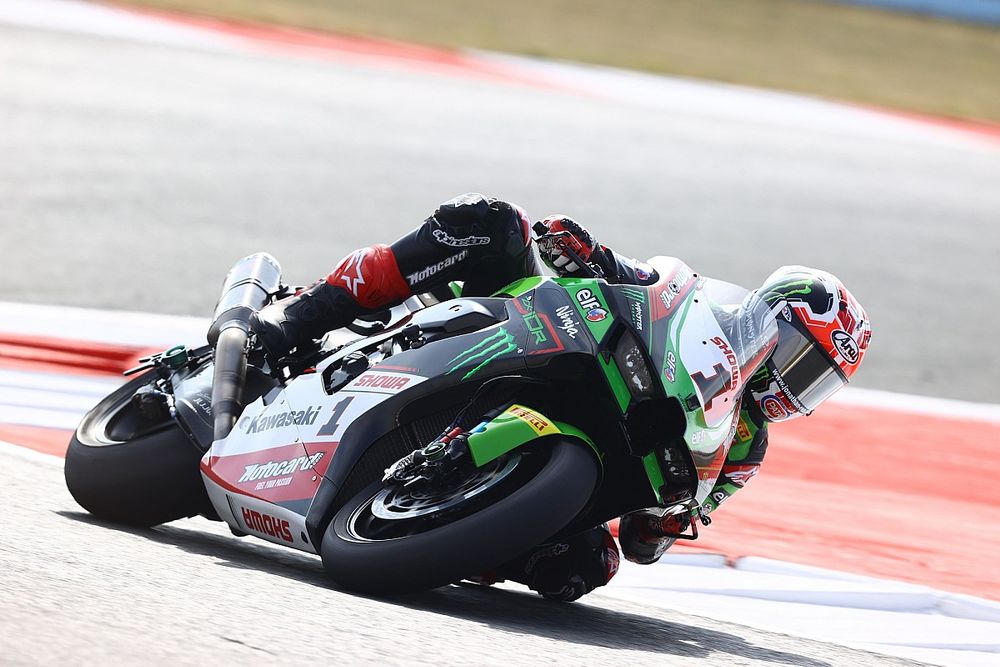 Most of the day’s quickest laps were set in the opening 45-minute practice session, with Rea leading the field on his factory ZX-10RR with a time of 1m37.629s.

Both Rea and Yamaha’s Andrea Locatelli held the top spot in the early phases of practice, before Locatelli’s teammate Razgatlioglu lapped the circuit in 1m38.552s to surge clear of the field.

Ducati man Redding then moved to the top of the timesheets with 1m38.045s, a lap that stood quickest until the final set of qualifying simulations.

With just over five minutes to run, Rea retook the top spot with 1m37.747s before shaving another tenth on his flyer, ending Friday practice on top for only the second time this season.

His nearest championship threat Razgatlioglu ended up second in the final classification, 0.123s behind on the factory R1, with Redding – who is quitting Ducati for BMW next season – another 0.041s adrift in third.

Behind the trio, GRT Yamaha rider Garrett Gerloff and Locatelli finished fourth and fifth respectively, separated by just 0.015s, but both were some way off the chart-topping pace of Rea.

Chaz Davies enjoyed improved fortunes as he set the sixth quickest time on the GoEleven Ducati, ahead of the top factory Honda of Alvaro Bautista.

Rinaldi was one of the small group of riders who found more time in the afternoon session, which was topped by the Yamaha of Razgatlioglu.

The Turkish rider clocked a time of 1m38.134s in FP2, which was four tenths down on his own lap from FP1 and half a second slower than Rea’s overall benchmark.

Elsewhere, Sykes’ BMW teammate Michael van der Mark finished 11th in both FP1 and FP2, ending up just over a second off the pace.

On Suzuki’s first appearance in WSBK since 2018, Japanese rider Naomichi Uramoto finished 20th quickest in both sessions with a best time of 1m41.017s.