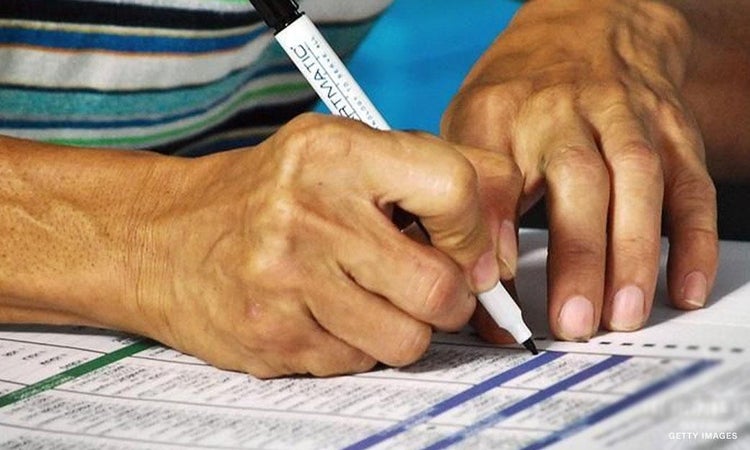 Metro Manila (CNN Philippines, April 11) — The Philippine embassy in Singapore confirmed that a spoiled ballot was “inadvertently and unintentionally” given to a voter Monday, adding that it was an isolated incident.

The embassy denied other reports of pre-shaded ballots being given to voters apart from the Singapore case.

In a separate statement, the Philippine consulate in Dubai said there was no pre-shaded ballot discovered during the voting there.

“As to the alleged anomaly regarding the conduct of the voting at the consulate, particularly on the supposed discovery by one voter of pre-shaded ballot, that have spread and currently circulating in social media, the consulate firmly denies this. No such incident or anything remotely similar occurred or was reported,” the consulate said.

The statement added that poll watchers from different political parties were present during the voting period on Sunday and did not see nor report any irregularities.

CNN Philippines was able to talk to Cheryl Abundo, the voter in Singapore who claimed she received a pre-shaded ballot on Monday. She said the ballot, which was placed in a secrecy folder, had the names of vice presidential candidate Davao City Mayor Sara Duterte and other senatorial bets already shaded, but there was no one shaded for president.

Abundo said that when she told the people who gave her the ballot, they said it was a “spoiled ballot” from Sunday or the first day of overseas absentee voting. She was then given another ballot and was able to vote for her candidates of choice.

“The girl took the ballot I gave back and nilagay lang sa likod niya [She placed it at the back] and she handed me a new one,” Abundo said.

The Singapore-based OFW shared that she has formally reported the incident to Comelec and the Philippine embassy, but has not yet received a reply.

The Commission on Elections has refuted claims of some overseas absentee voters that they received pre-shaded ballots, warning those who make such allegations that complaints can be filed against them for damaging the integrity of the national elections.

In a message, Comelec Commissioner George Garcia said the reported incident “merits an investigation,” adding that the poll body’s Task Force Against Fake News will meet on Monday afternoon to probe the allegations of Abundo and the OFW in Dubai.

“Is it just a ballot or ballots? I will discuss everything in the en banc and not stop until I will get an answer,” he said on Monday evening.

Duterte said the reports of pre-shaded ballots is “grossly disconcerting” and should not be taken lightly. She added the legal team of Lakas-Christian Muslim Democrats will ask Comelec to investigate the incident and similar allegations.

“I never have and will never condone cheating. I won my past elections because the people voted for me,” she said.

“Let me also take this opportunity to call on all Filipinos both in the Philippines and overseas to be vigilant against electoral fraud and ensure that your votes are protected,” she added.