(CNN)Ray Liotta, the actor known for his roles in “Field of Dreams” and the Martin Scorsese mob classic “Goodfellas,” has died.He was 67.”Ray was working on a project in the Dominican Republic called ‘Dangerous Waters’ when he passed. He passed in his sleep. He is survived by his daughter, Karsen, and his fiancée, Jacy Nittolo,” his publicist Jennifer Allen told CNN.

Born in Newark, New Jersey, Liotta was the adopted son of Alfred and Mary Liotta, who also adopted a daughter, Linda.

He attended Union High School where he excelled at sports and went on to attend the University of Miami. He studied drama and was cast in his first play, “Cabaret.”Following his college graduation, Liotta moved to New York City where he got work in commercials and was cast as Joey Perrini on the daytime soap opera “Another World,” in which he appeared from 1978 to 1981.His performance as crazed ex-con Ray Sinclair in the 1986 Jonathan Demme film “Something Wild” proved to be a breakthrough role for the actor.

Liotta followed that with an acclaimed performance as baseball player “Shoeless” Joe Jackson in the box office hit “Field of Dreams” with Kevin Costner.His most memorable role, perhaps, was as real-life mobster Henry Hill in the 1990 film “Goodfellas,” which cast him opposite heavy hitters Robert De Niro and Joe Pesci. 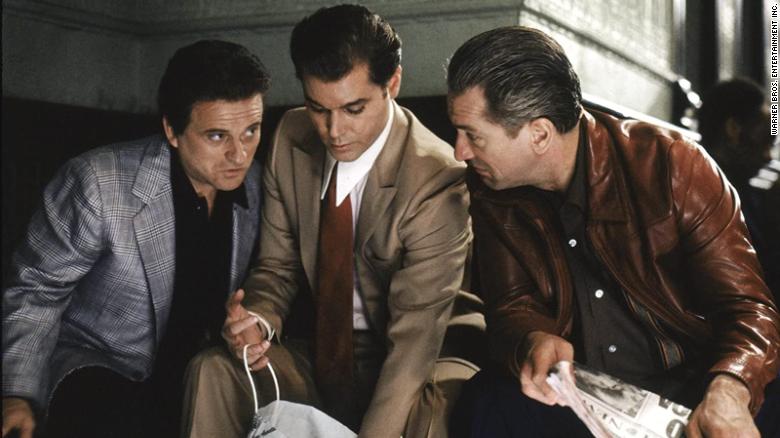 Joe Pesci, Ray Liotta and Robert De Niro in “Goodfellas.”Lorraine Bracco, who co-starred as Liotta’s wife in “Goodfellas,” paid tribute to him on Thursday.”I am utterly shattered to hear this terrible news about my Ray,” Bracco said in a tweet. “I can be anywhere in the world & people will come up & tell me their favorite movie is Goodfellas. Then they always ask what was the best part of making that movie. My response has always been the same…Ray Liotta.”https://platform.twitter.com/embed/Tweet.html?dnt=false&embedId=twitter-widget-0&features=eyJ0ZndfZXhwZXJpbWVudHNfY29va2llX2V4cGlyYXRpb24iOnsiYnVja2V0IjoxMjA5NjAwLCJ2ZXJzaW9uIjpudWxsfSwidGZ3X3NlbnNpdGl2ZV9tZWRpYV9pbnRlcnN0aXRpYWxfMTM5NjMiOnsiYnVja2V0IjoiaW50ZXJzdGl0aWFsIiwidmVyc2lvbiI6bnVsbH0sInRmd190d2VldF9yZXN1bHRfbWlncmF0aW9uXzEzOTc5Ijp7ImJ1Y2tldCI6InR3ZWV0X3Jlc3VsdCIsInZlcnNpb24iOm51bGx9fQ%3D%3D&frame=false&hideCard=false&hideThread=false&id=1529868934463234048&lang=en&origin=https%3A%2F%2Fwww.cnn.com%2F2022%2F05%2F26%2Fentertainment%2Fray-liotta-dead%2Findex.html&sessionId=d3e613413569c96296e682c251b2f44b808ea0e6&theme=light&widgetsVersion=c8fe9736dd6fb%3A1649830956492&width=550pxWhen asked by The Guardian in 2021 why he never worked with Scorsese again given the director’s propensity for using some of the same actors in different projects, Liotta responded, “I don’t know, you’d have to ask him. But I’d love to.”Not that he didn’t find plenty of work over the years.Liotta’s many film and television credits include “John Q,” “Blow,” “Operation Dumbo Drop,” “Hannibal,” “Wild Hogs” and “Unbreakable Kimmy Schmidt.”More recently, Liotta narrated the TV docuseries “The Making of the Mob” and starred in “The Many Saints of Newark,” the prequel film to the hit television mob series “The Sopranos.”He played plenty of tough guys, but that was not Liotta’s true persona.”I have never been in a fight at all, except for during sports, and that’s just pushing and goofy kid stuff,” he told People magazine last year. 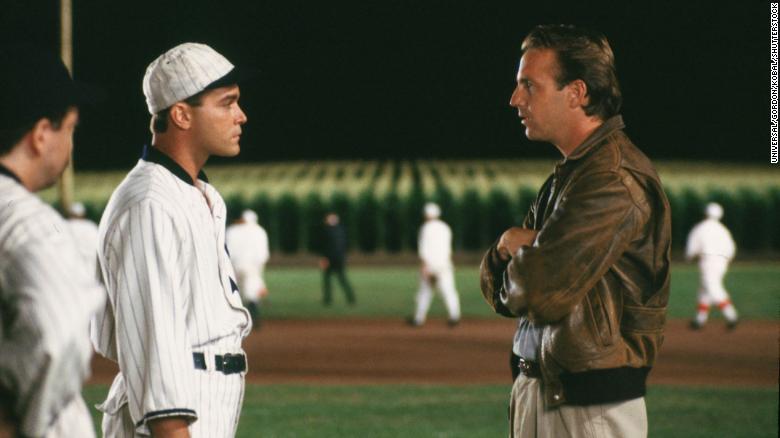 Ray Liotta and Kevin Costner in “Field of Dreams.””Ray was the epitome of a tough guy who was all mushy on the inside … I guess that’s what made him such a compelling actor to watch,” said Jennifer Lopez, who starred with Liotta in the TV cop series, “Shades of Blue.””We enjoyed doing our scenes together and I felt lucky to have him there to work with and learn from. Like all artists he was complicated, sincere, honest and so very emotional,” she wrote Thursday on Instagram. “Like a raw nerve, he was so accessible and so in touch in his acting and I will always remember our time together fondly. We lost a great today.”

From ‘Goodfellas’ to ‘Field of Dreams,’ Ray Liotta’s movie roles fulfilled a ‘Wild’ promiseLiotta was currently cast in multiple projects, according to his IMDB profile.Among them was “Cocaine Bear,” a thriller directed by actress Elizabeth Banks about what happens after a drug runner’s cocaine disappears in a plane crash and gets eaten by a bear. The movie is due next year.”When any actor of Ray’s caliber puts trust in you as a director, it’s a gift,” Banks said on Instagram. “Ray’s respect for me as a director, actress and artist, as his boss on set, meant everything to me because if you can direct Henry Hill, you can do f**king anything in this town. I am so grateful Ray Liotta blessed my life. May he Rest In Peace.”

Liotta’s profile dipped in recent decades as A-list projects mostly eluded him. But he never stopped working. And in his interview with People, Liotta had sounded hopeful about the next phase of his career.”It’s weird how this business works, because I’ve definitely had a career that’s up and down,” he added. “For some reason, I’ve been busier this year than I have in all the years that I’ve been doing this. And I still feel I’m not there yet. I just think there’s a lot more.”