“Something went wrong” with Quartararo’s tyre in Aragon MotoGP race

Yamaha’s Fabio Quartararo says “something went wrong” with the rear tyre he raced in the MotoGP Aragon Grand Prix, and could only manage eighth as a result.

The championship leader admitted on Saturday that he felt he didn’t have enough pace to fight for the podium despite qualifying third, but was more confident after Sunday morning warm-up.

But from the off Quartararo dropped back in the 23-lap Aragon race, and only just fended off Pramac’s Jorge Martin for eighth.

With Ducati’s Francesco Bagnaia winning the race, Quartararo’s championship lead has now been cut from 65 to 53 points.

“After the warm-up I expected myself to fight for the podium because I felt I had something really good, with old tyres I was feeling great and with 26 laps on the tyre I could manage great,” Quartararo said.

“So, from the beginning of the race my rear was not working as normal.

“So, I went down, down, down [the order]. The only positive thing of the day is that I fight for my position, I was fighting, I didn’t give up, even if it was for seventh, eighth, ninth position. I fought until the end, so that’s something positive.”

Despite the hit to his championship lead, Quartararo says he “would not think like it was a disaster”, adding: “I felt something was different. Today, something went wrong.

“Last year, 2019, everything was normal apart from mistakes on the front tyre.

“But I don’t know what happened today that from the first lap it looked like my rear tyre was [not working properly].

“So, we need to check deeply, I don’t want to blame nothing, but honestly it was a weird feeling on the first laps to the end of the race.”

Quartararo says the tyre issue meant he didn’t have the same grip as he’d had all weekend, nor stopping power or traction, and the fact Aragon is a “mess” for a Yamaha to overtake on only compounded his woes.

“I don’t want to say it’s the tyre, but the feeling I had today I never had all weekend, and straight away from the first lap I didn’t have the stopping performance I had, not the grip, not the traction.

“So, something went wrong. And then in that track to overtake for us is quite a mess, because from Turn 15 to Turn 1, we lose three or four tenths, then I need to recover on the corners and I can’t overtake.

“So, it’s something a little bit difficult.” 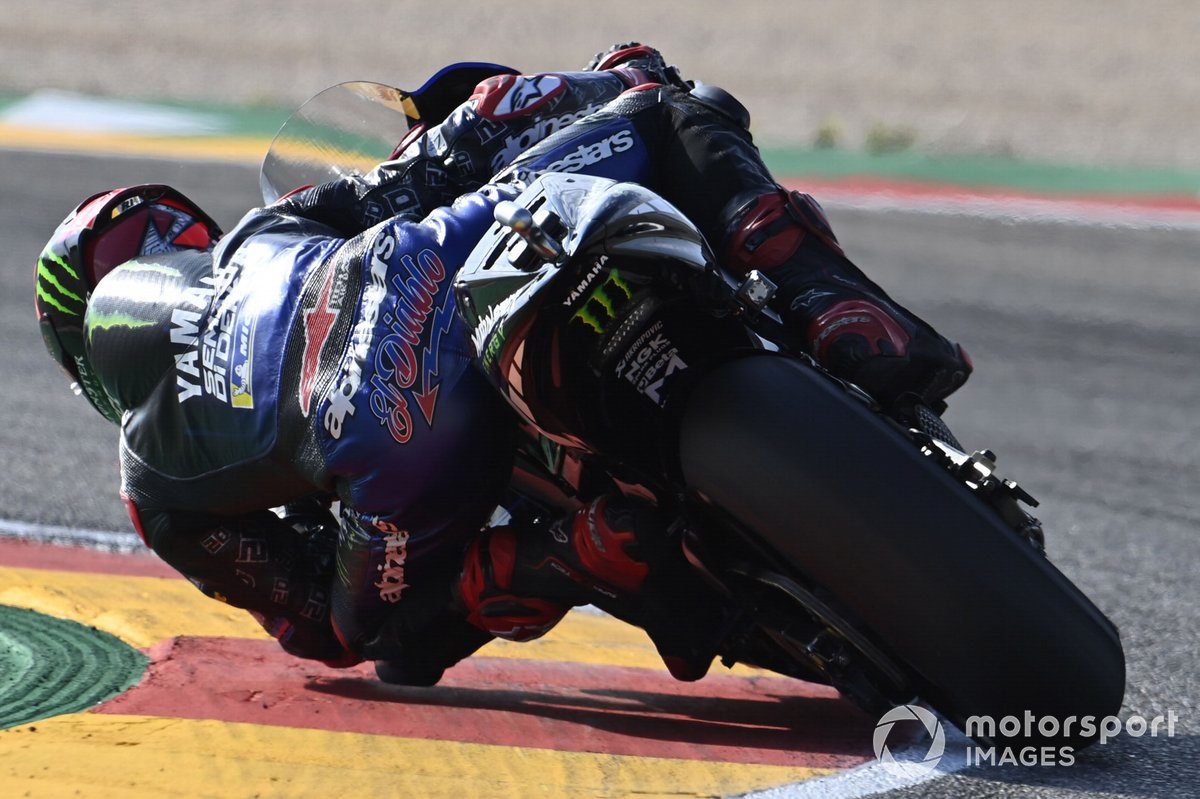