Francesco Bagnaia says studying MotoGP rookie Jorge Martin’s data of how he approached the final corner on Saturday helped him to his record pole lap for the Aragon Grand Prix.

The Ducati rider blitzed the six-year-old Aragon lap record on Saturday to take his second pole of the season by over three tenths of a second to lead teammate Jack Miller in the team’s first 1-2 since Aragon 2018.

Bagnaia admits he “wasn’t expecting” a lap like that and credits it to learning from Pramac rookie Martin’s line through the final corner.

“I think so,” Bagnaia said when asked if he felt it was the perfect lap.

“It was great, already in the first sector compared to my best lap time of 1m46.9s, was already four tenths up.

“So, I did a nice sector one, the sector two was incredible too and our bike in sector four helped us a lot.

“But, also, entry to the last corner was incredible because, just looking at the data of Jorge Martin this morning, who was doing a different line compared to me, and then I tried to do the same and I improved a lot.

“I’m very happy, I was not expecting a lap like this today, also because it’s hotter. But I’m very happy also about the rhythm in FP4.”

Bagnaia says he had “a lot of questions” hovering over him coming to Aragon this weekend having endured a woeful double-header at the track last season, in which he qualified 17th and 18th.

But he says his feeling on the bike from FP1 was strong and he has been running his Silverstone settings all weekend.

“Arriving here I had a lot of questions on how to be fast at this track because I struggled a lot in all the years past apart from 2018, when I was fighting for the [Moto2] championship,” he added.

“And when I started in FP1, it was already another story.

“My feeling was improved a lot compared to last year and from Silverstone I didn’t touch anything on the setting, so my bike is the same.

“And I didn’t touch anything during the weekend. So, from the start I was feeling great on the bike and I tried to be more competitive on the riding style.

“I just hope to have a normal situation, because at Silverstone we had a big problem with the rear tyre and it’s something that can happen.

“And I think this time it’s not my turn, so I hope everything will be clear and the same of the weekend.” 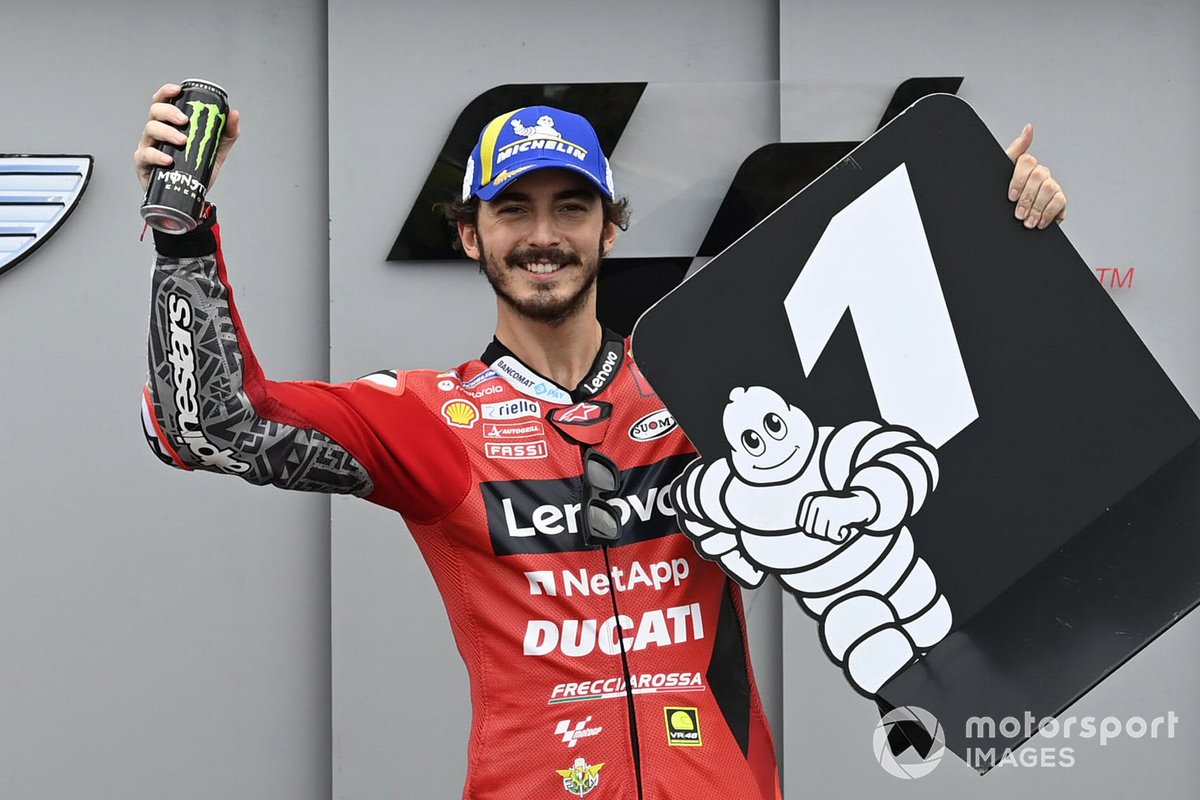 Bagnaia notes that his form this weekend feels like it did at Mugello, where he was strong all weekend and led the race in the early stages before crashing – but was wary about predicting victory having had big results disappear at various points this season.

“This weekend is like Mugello because my feeling is very great, in Mugello I was feeling incredible with the bike,” he said.

“But [there were] more times this year I was competitive, also in Portimao, but every time, I did a mistake, or I had a big problem.

“So, it’s difficult to say that I’m ready to win or that I can win tomorrow. But all the things are there.”