Maverick Vinales says his early exit from the Yamaha MotoGP team was a “release” for him mentally ahead of his debut outing with Aprilia in this weekend’s Aragon Grand Prix. 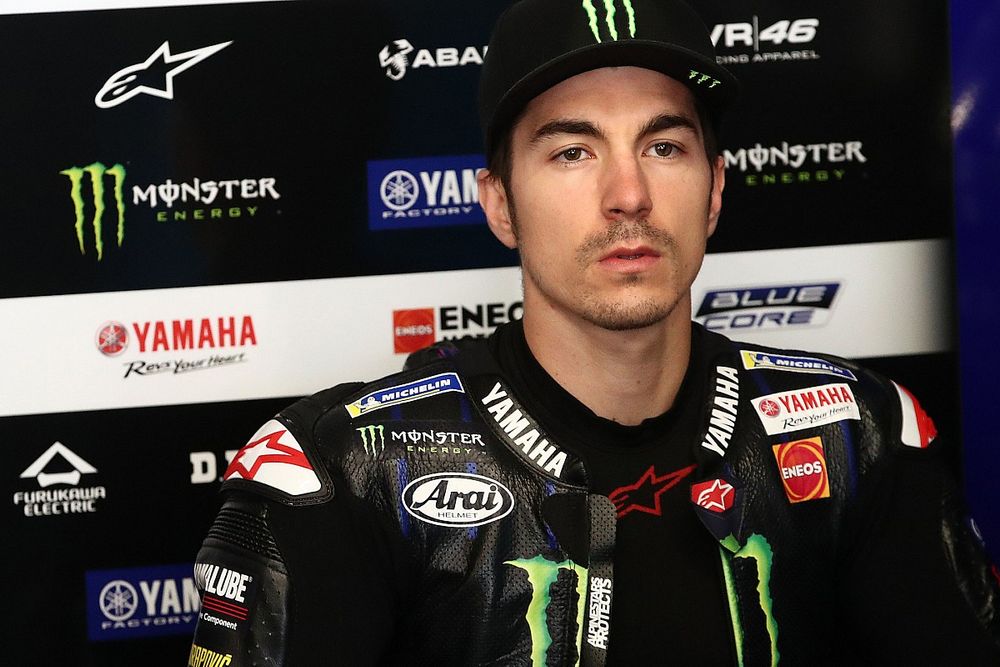 The relationship between Vinales and Yamaha deteriorated dramatically across the 2021 campaign, with Vinales requesting his two-year deal be terminated at the end of the current campaign.

The fallout worsened irreparably in the Styrian GP, when he was found to have deliberately tried to damage his bike’s engine – leading Yamaha to suspend him for the Austrian GP, before ultimately parting way with immediate effect ahead of the British GP.

Vinales’ 2022 signing to Aprilia had already been announced by this point, with the Spaniard completing a two-day test at Misano after the Silverstone race before his MotoGP debut with the marque for Aragon was confirmed.

When asked how difficult the last few weeks have been mentally in the wake of the Yamaha fallout, Vinales responded: “I think more than difficult, it has been a release for me because I needed to do something different, honestly, because I was on a [mental] block moment.

“I needed to move on and to improve myself, so that was the occasion, and also the opportunity.

“As soon as I did the test I wanted to race, I felt good on the bike, I felt quite quick and also I felt during the race weekend is when you can improve yourself.

“So, there was no reason to stay at home.”

When pressed by Motorsport.com if he felt he could have reconciled with Yamaha to see out 2021, Vinales refused to go into detail on his split with the marque.

“Honestly, everything went so fast, so I don’t want to talk about the rest or the others,” he said.

“The two days at Misano have been great, I released a lot of weight off my bike because I just rode and enjoyed and I was already ready to race in Aragon.

“I’m really motivated and I’m passionate about MotoGP, so I can’t wait to be on the bike in the morning.”

Vinales will race for Aprilia just two weeks after it scored its first-ever podium in the modern MotoGP era, courtesy of a third for teammate Aleix Espargaro at Silverstone.

Nine-time MotoGP race winner Vinales says this result “set up a lot of fire inside” for his debut with Aprilia.

“Well, more than [being] excited, I’m very hungry and very motivated to start this story with Aprilia,” he added.

“Right now these six races ahead are just a present to prepare next year much better, so our priority is just to learn.

“This [podium for Aleix] just set up a lot of fire inside of myself because all we want is to push.

“I’ve been away for a while, but I feel very positive to be here, to get the experience of a race weekend and we just need to learn. This is our main priority.”